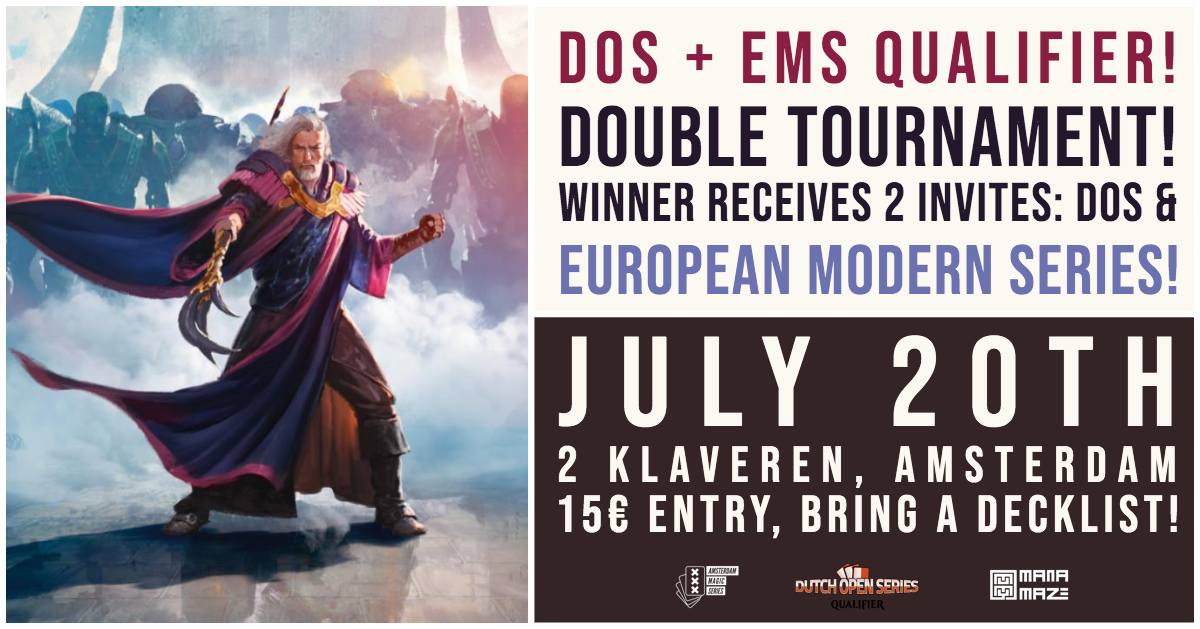 Double Qualifier! Winner gets an invite for the European Modern Series & a DOS of choice.

The newly announced European Modern Series gives all you dedicated Modern players a whole new goal to shoot for and the opportunity to play competitive Modern more frequently.

…and the winner also gets an invite for a DOS of choice!

With each Qualifier players will also gather points for the Players Championship at the end of the year. For more information about the DOS structure visit dutchopenseries.nl

The winner of a DOQ will receive an invite to a (constructed) Dutch Open Series event including 1 bye, and additional prizes are assigned as follows:

*Prize structure is based on 32 players participating. In case of fewer players, the prize structure will be adjusted proportionally and will be announced at the start of Round 1.

All of the Amsterdam Magic Series are tournament regulation: competitive and require a deck list.
Based on a Swiss tournament setup including Top 8.

Consumptions: Cafe 2 Klaveren have honest food for a fair price; own consumption is not allowed inside. We are able to use the location for free. To support it, at registration, each player is required to buy 5€ worth of consumption tokens. These can be used to get a 5€ discount on your final drinks bill.

Do you need specific singles, accessories or other products? Manamaze will be present as official seller!

RSVPing is closed at this time.

17rsvpsNeeded for the event to happen

Can not make it to this event?Change my RSVP